You are here: Home / Archives for constructions claims quantum 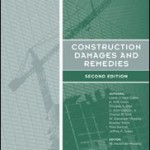 This post is the fourth in McLaughlin & McLaughlin’s Project Professionals  Subject Series  Construction Claims and Disputes which are (will be) discussions regarding challenges in potential and actual construction claims and disputes situations.  In this series, we focus on the key aspects of construction claims and disputes management.  This discussion addresses the pricing of claims and disputes.  The compulsion or question is – “How much is a potential claim worth?”  In virtually all disputes, the central issue is the money.  Since it is a win-lose situation, the outcome may be that someone (one party) will pay another party.  Hence, the money is the ultimate issue (sometimes time is at issue, generally presenting itself in money or damages related to the time).

There is an old saying “win the battle, lose the war” which applies to damages in construction claims and disputes.  With facts, logic and analyses on their side, one party (Party A) can prepare and present a very compelling argument regarding the claim (against Party B).  However, winning the argument on the cause (or as it is called, entitlement) is relatively useless without winning the argument on the money related to the effect (or sometimes called damages, quantum, compensation).

Even more compelling, the decision to proceed with a claim (and potentially spend millions of dollars on expenses such as legal fees) should be heavily driven by the potential recovery (the money).  Consequently, parties must have a reasonable assessment of the true value of the dispute and the ability to successfully demonstrate or prove these damages in the resolution process.  Without the ability to prevail on a suitable and acceptable level of damages, pursuing a construction claim through a costly dispute resolution process could be an unwise decision.

In this discussion, we are guided by a highly useful and well grounded newly published book.  It is published by the American Bar Association (ABA) and has been recently (2013) been updated.  This publication is Construction Damages and Remedies, second edition, by Forum on the Construction Industry, American Bar Association.  It is edited by W. Alexander Moseley of the law firm Hand Arendall LLC.  There are nine authors. END_OF_DOCUMENT_TOKEN_TO_BE_REPLACED