You are here: Home / Archives for PMP

McLaughlin and McLaughlin’s Project Professional post is the fifth in a Subject Series Construction Claims and Disputes.  This Subject Series contains discussions regarding potential and actual construction claims and disputes situations.  In this series, we focus on the key aspects of construction claims and disputes management (rather than mechanics).  This discussion is a continuation of Part 4 regarding the pricing of claims and disputes.  The compulsion or question is – “How much is a potential claim worth?”  In virtually all disputes, the central issue is the money.  Since it is a win-lose situation, the outcome may be that someone (one party) will pay another party.  Hence, the money is the ultimate issue (sometimes time is at issue, generally presenting itself in money or damages related to the time).

There is an old saying “win the battle, lose the war” which applies to damages in construction claims and disputes.  With facts, logic and analyses on their side, one party (Party A) can prepare and present a very compelling argument regarding the claim (against Party B).  However, winning the argument on the cause (or as it is called, entitlement) is relatively useless without winning the argument on the money related to the effect (or sometimes called damages, quantum, compensation, pricing).

Even more compelling, the decision to proceed with a claim (and potentially spend millions of dollars on expenses such as legal and expert fees) should be heavily driven by the potential recovery (the money).  Consequently, parties must have a reasonable assessment of the true value of the dispute and the ability to successfully demonstrate or prove these damages in the resolution process.  Without the ability to prevail on a suitable and acceptable level of damages, pursuing a construction claim through a costly dispute resolution process could be an unwise managerial decision.

In this discussion, we are guided by another highly useful and well written book.  This reference is Calculating Construction Damages, Second Edition, by William Schwartzkopf and John J. McNamara. END_OF_DOCUMENT_TOKEN_TO_BE_REPLACED 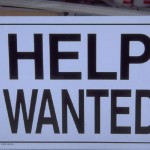 This McLaughlin and McLaughlin’s Project Professional post is the seventh in a series of discussions regarding current challenges with the staffing aspects of your project management team.   This post (like Parts 4, 5 and 6) addresses acquiring the human resources (people) or staffing.  In this case, we focus on the project manager.  The Subject Series can be viewed here.

This, the third post on acquiring the project manager, will address the relevance and/or importance of such considerations as industry, domain and/or technical experience in a professional project manager.

So, what are the skill-sets that are needed in the year 2012 (and beyond) environment?  Let us drill down into or unpack the subject a little. END_OF_DOCUMENT_TOKEN_TO_BE_REPLACED 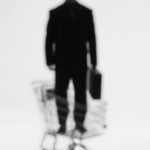 McLaughlin and McLaughlin’s Project Professional’s post is the first in a series of discussions regarding current challenges being encountered in today’s efforts/environment associated with the human resource aspects of your project management team.  More specifically, we have titled the series STAFFING YOUR PROJECT MANAGEMENT TEAM, and we intend to focus heavily on the managerial aspects of human resource planning and acquisition.  This post is the introduction which frames out or structures the developing discussion.

Authoritative information and guidance regarding project management comes from many sources.  A few that may be obvious include: